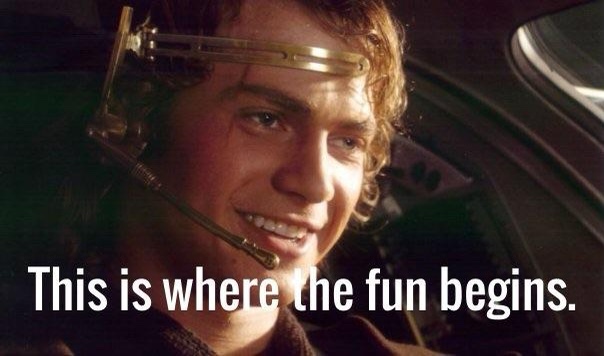 We made it to another Friday. Me? I’ve been thinking it was Friday since Wednesday so I’m glad it’s finally here. If you’re a fan of The Mandalorian you’re probably extra excited and maybe a little said with it being the finale tonight. Here are some fun facts that will hopefully make your day a little better or at least a little more entertaining.

In a Twitter post from The Peter Mathew Foundation, a copy of the A New Hope script shows Obi-Wan was actually supposed to escape his fight with Darth Vader. Check out the script below.

Makes you wonder what else would have been different about the movie had Obi-Wan survived.

Orson Welles was an American actor, director, writer, and producer who is remembered for his innovative work in radio, theatre, and film. He is considered one of the greatest filmmakers of all time. Originally George Lucas wanted Welles as the voice of Darth Vader but dropped the idea when he thought Welles’s famous baritone would be too recognizable.

Robert Englund auditioned for the part of Han Solo but was told he was too young to play the part( he would have been in his twenties at the time). Although he didn’t get the part he still suggested his friend Mark Hamill, audition for the film as well. “I said, ‘Hey, Lucas is doing this space movie. Maybe you’re right for it. The lead guy’s like a teenager,” Englund recalled. “So Mark got on the phone to his agent and I think he went up the next day. He nailed it, and the rest is history.” Freddy Kruger making dreams come true since the 1970s.

In the moments leading up to Han Solo being frozen in carbonite, he and Princess Leia have a moment where she says to him “I love you” and he responds with “I know”. Although this would become one of Han Solo’s most famous lines, it wasn’t originally written this way. The script had Han simply responding with, “I love you, too,”. However, both Kershner and Ford agreed the line just didn’t fit for a charming rogue like Han Solo. In a few final takes before breaking for lunch, Kershner switched things up, forcing Ford to think on his feet by spontaneously calling “action.” Carrie Fisher said her “I love you” line, while Ford naturally responded, “I know,” improvising what is one of his character’s most iconic moments.

The name Darth Vader wasn’t anything special to George Lucas.

“That’s just another one of those things that came out of thin air. It sort of appeared in my head one day,” Lucas said in J.W. Rinzler’s The Making of Star Wars. He later told Rolling Stone: “‘Darth’ is a variation of dark. And ‘Vader’ is a variation of father. So it’s basically Dark Father.”

Well, that’s it for this weeks fun facts, I hope you enjoyed them. Check back next week for the character of the month fun facts. If you’re a Mandalorian fan, enjoy the season finale today, and be sure to stay tuned for the after-credits scene. 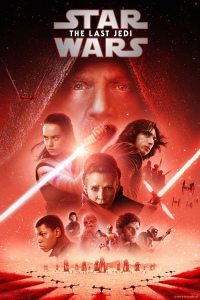